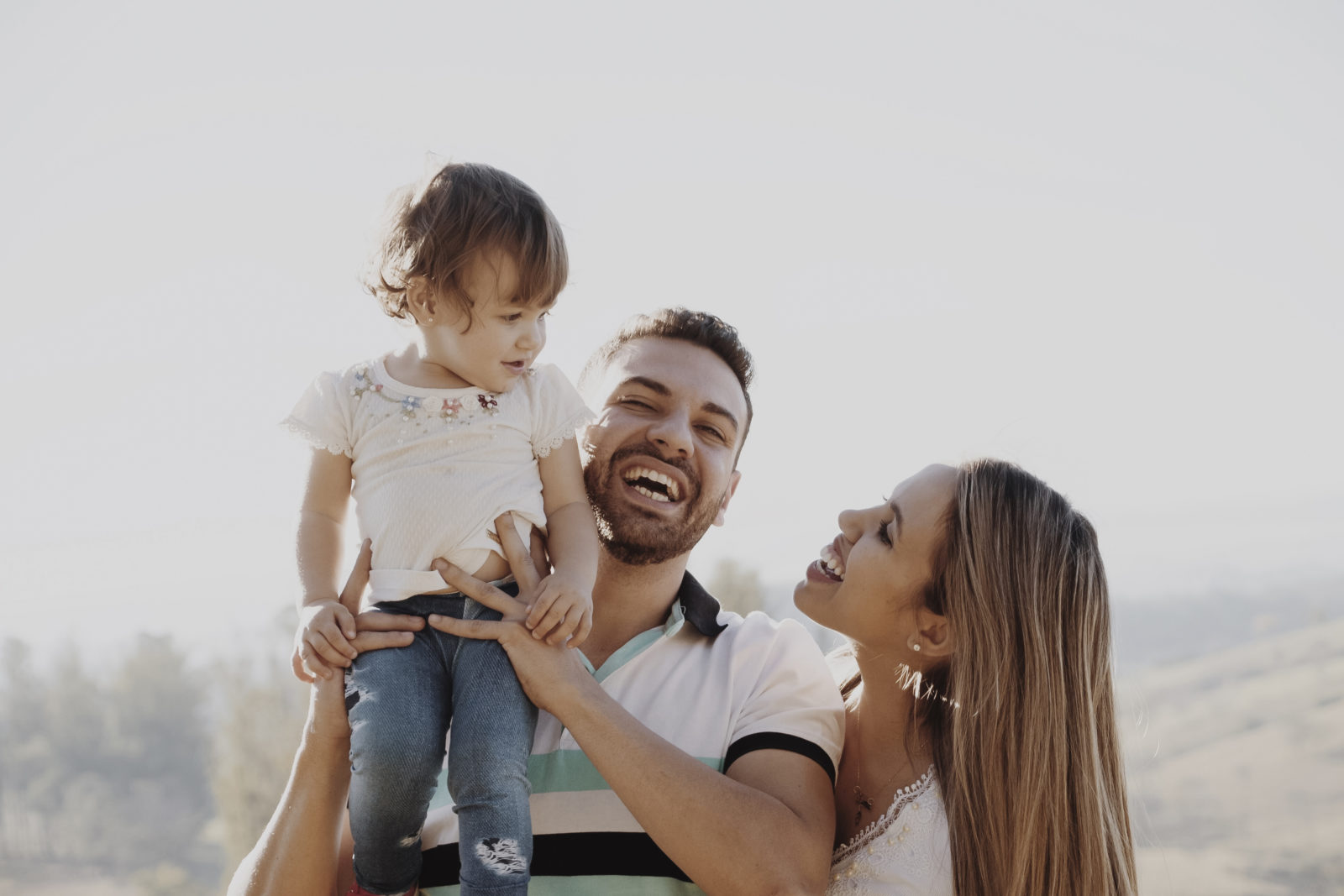 The Central Importance of Parenting

There I was, sitting in a public library, and I happened to overhear a conversation between two women sitting beside me.

One woman was telling the other about her daughter. She described how her baby girl had been born on the exact same date that her father had passed away. Full of emotion, she explained how for years the anniversary of her father‘s death had been a day full of pain, a day which she dreaded. Now, however, the day had been transformed into a happy day.

“She’s my guardian angel,“ she said. She described how grateful she was for the amazing gift that her daughter had given her. By being born on that date, her daughter had turned her sorrow into consolation and hope.

I couldn’t help but be struck by how profound of a message she was conveying. Think of how this woman views her young child. She sees her as a savior, as a gift, and as a ray of hope and consolation.

When you think about it, though, what did this little baby actually do? She had no control over when she was born. The entire event was a coincidence.

The same woman could just as easily have been furious with her daughter for having been born on such a sad day. She could have seen the fact that her daughter was born on the anniversary of her father’s death as an ominous sign or as a prediction that her daughter would bring nothing but more sadness and grief. 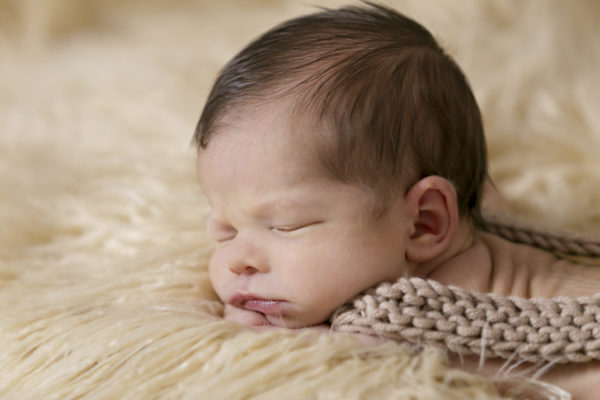 As an example of this type of negative reaction, I often think back to an experience I had as a medical student on my OB/GYN rotation, working on the labor and delivery floor. One day, a mother delivered a healthy baby boy. What happened next is what always happens, the baby started to cry, just like every baby cries when they are born.

Nothing unusual there. But the mother’s reaction was striking. Clearly disappointed, she said “Oh…he’s already unhappy.”

Objectively, all her son had done was to cry when he was being born, just like every other baby in the world. But for whatever reason, her subjective experience of this event was that her son was already unhappy.

If you think about what she was really saying, she was expressing a deep-seated belief and view that really everybody is eventually unhappy, or at least anybody born into her family. It’s only a matter of time. When she heard her son cry, she thought to herself that not only is her son unhappy, but he was already unhappy, even at his birth.

Who knows why this mother held this belief. Maybe she viewed herself as inadequate and feared that she could never raise a happy child. Maybe she herself had a very unhappy childhood and she never learned to hope for anything better. Maybe in some way it was even easier for her to think that her son was born unhappy. This way she did not need to face the pain of trying to make him happy and failing.

This way she could just reassure herself that it is not really her fault. Her son was just born unhappy.

What allowed the first mother to experience her daughter‘s birth on the anniversary of her father‘s death as a gift and consolation, rather than as an ominous prediction of an unhappy life?

Obviously it’s impossible to know without knowing the details. But that mother probably had a relatively healthy psychological outlook on herself, others, and the world. She likely was raised with a relatively happy childhood, where she felt secure and hopeful for the future.

Almost anybody, no matter how healthy, would experience grief and sorrow after the death of a beloved father, and it makes sense that the anniversary of her father’s that would be a difficult and sad day. The fact that she was welcoming and able to see her daughter in such a positive light speaks to the psychological security and strength of this mother.

The interactions between a child and his or her parents are a reinforcing loop. When a parent sees a child positively and lovingly, that child feels more secure and feels more capable. The child will go on to behave in ways that will gain even more approval, love, and affection from the parents. Mistakes and bad behavior, when tolerated and placed in the proper context by positive parents, can be addressed with proper discipline without leading to self-esteem problems.

It’s an exponential growth curve that feeds back on itself, and day after day, week after week, year after year, the child develops more and more self-esteem and greater psychological development and health.

But when a parent has a negative view of a child, things can work in the opposite direction. The mother who believes that her son was born unhappy will see any unhappiness, anxiety, or bad behavior as a confirmation that she was right all along: her child is just an unhappy child.

If her son is happy or does well, she might think to herself that she shouldn’t get too excited because it’s only a matter of time until he becomes unhappy again.

What can a child do when he feels like nothing he does is enough to give his mother a positive impression of him? Will she dedicate her entire life to a struggle for perfection, always trying to gain her mother’s love and approval? Or will he feel so insecure and so angry at his mother that he will become defiant and develop behavioral problems?

Or, and this might be the worst outcome, will she just blindly and unquestioningly accept the mother’s view of herself and live her entire life as an unhappy person, telling herself, “I’m just an unhappy person. I was born unhappy.”

In order to raise healthy and fulfilled children, you need to understand how incredibly important your attitude toward your child is. The way you view your child and the way that you subjectively experience everything that he or she does is absolutely essential and foundational for your child’s emotional and psychological development.

All too often, children with psychiatric and psychological issues have negative relationships with their parents. And who could blame the parent who gets locked in a power struggle with a challenging child?

In fact, very often these children are actually unwittingly behaving in ways that force the power struggle. 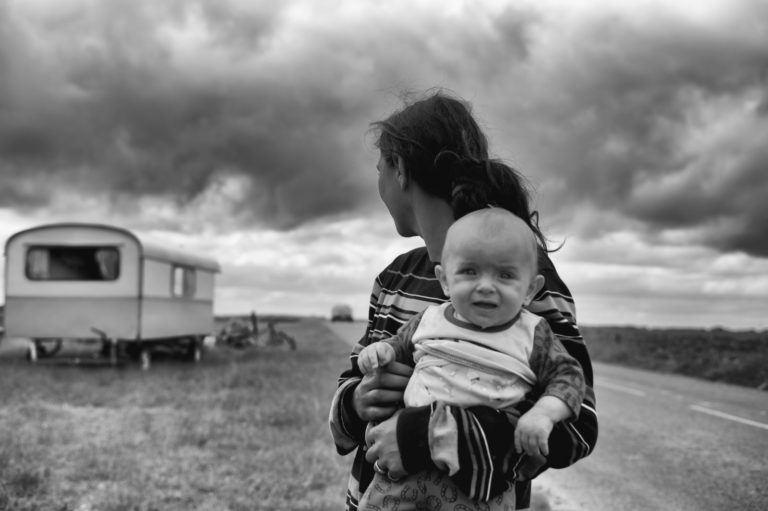 For all of these reasons, I am a big believer in parenting work. In my practice, I offer parent guidance for most or all of the patients that I meet with for psychotherapy.

When I meet with parents for parenting sessions, I focus a lot on these types of issues. It’s very important to understand how the views and attitudes of the parents are affecting the child.

So often, the current situation is a product of a vicious cycle that has been going on for years, including power struggles and relationship issues that become embedded.

It can be hard to see a way out of the pattern. Which is where the parenting work comes in. By identifying these patterns and understanding how relationship issues between parents and children contribute to the current difficulties, I am able to help parents take a new approach which can gradually make a very big difference.

The goal is to throw a wrench in the vicious cycle and to create a virtuous cycle of positive reinforcement and positivity from the parents. This virtuous cycle can lead to improved development, better self-esteem, and increased security which very often reduces acting out and bad behavior.

Since the bad behavior so often is related to power struggles with parents, when the relationship improves, there’s just not as much of a need to act out.