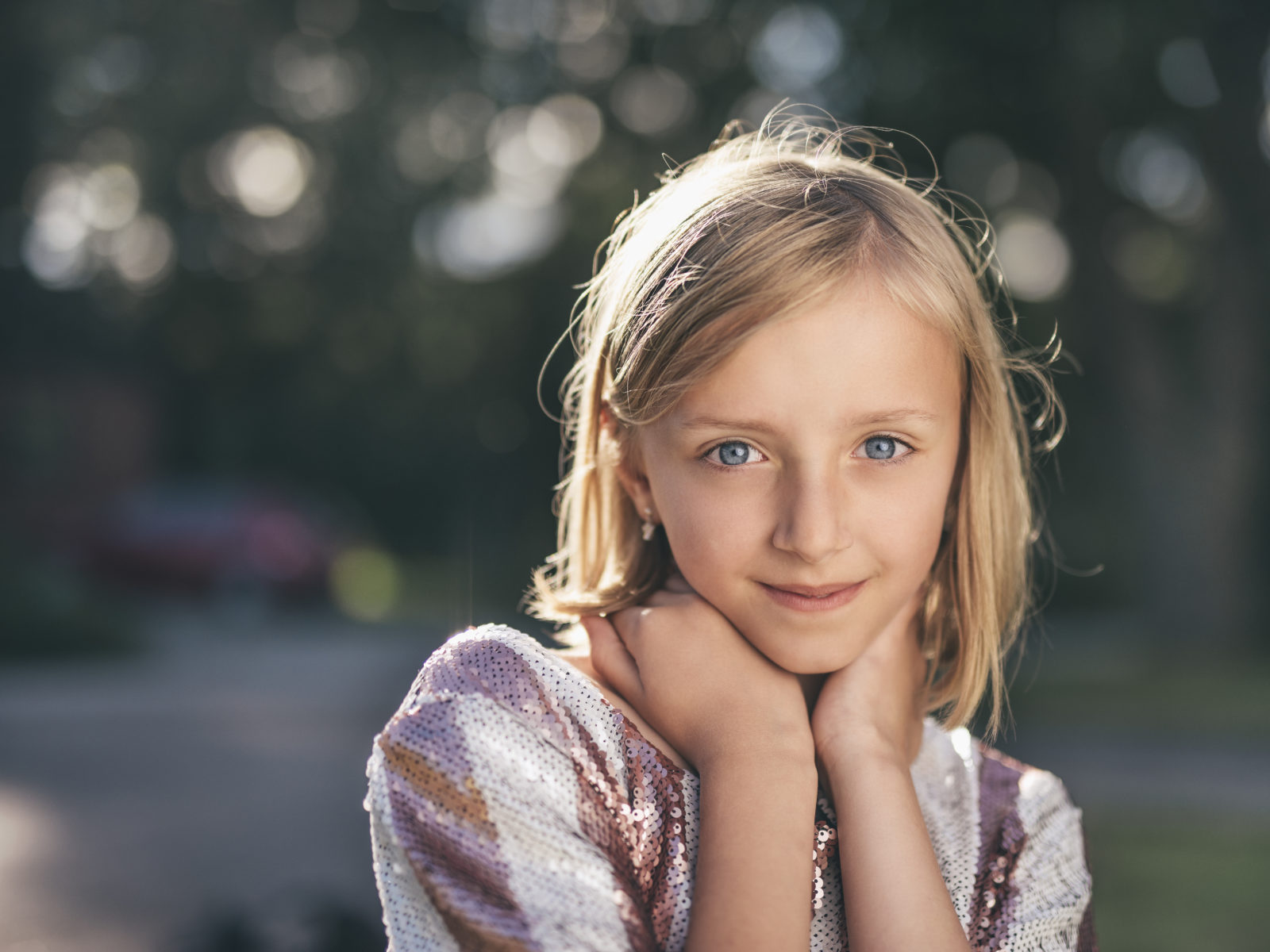 How Does Play Therapy Work?

In a previous article, I explained the theoretical foundation of psychodynamic psychotherapy.

I’ll give a brief summary here, but please check out that other article for more detail on the theoretical foundations.

Whereas medication and cognitive behavioral therapy focus on symptoms and their reduction, psychodynamic psychotherapy focuses on understanding the entire personality structure, as well as the underlying developmental and emotional issues that produce the symptoms.

But how is this type of psychotherapy conducted with children?

With adults, who have the ability to express their feelings in words and symbolic language, psychodynamic therapy is conducted with speech. This process is what some people describe as “talk therapy“ where the therapist and patient have a conversation. Adults also have the ability to think abstractly, which allows the therapist to explain the complicated workings of their mind to them in a symbolic and metaphorical way.

There is a foundational difference in the way that children and adults express themselves.

Adults express themselves with words, but the language of children is action.

Children are not able to understand their feelings and to express them in words, so they act them out.

The type of psychotherapy that I provide for younger children is often referred to as play therapy, which focuses on action rather than speaking. 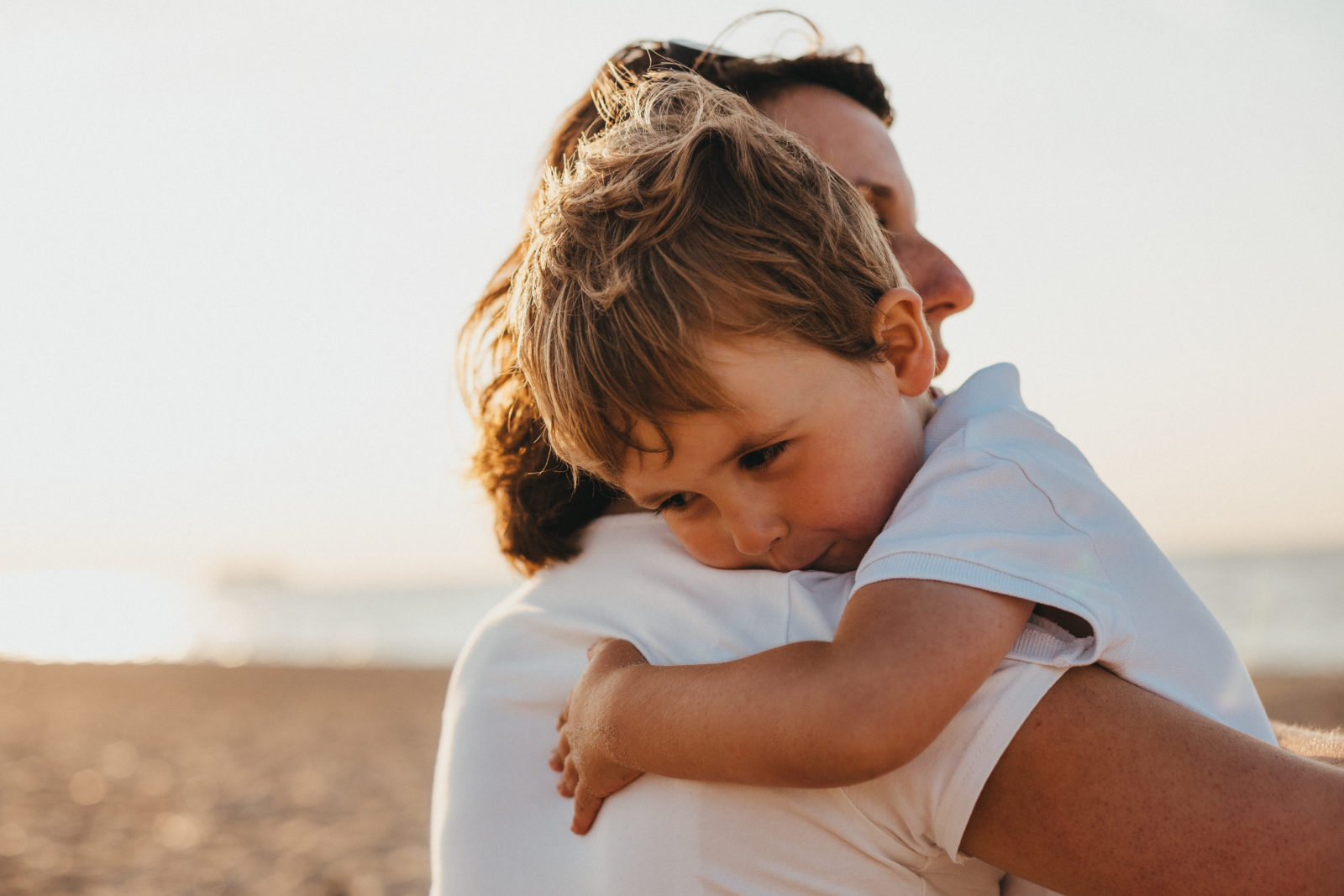 Try asking a six-year-old boy how he feels about something as complex as his parents getting a divorce. The most young children are able to really say about their experience is maybe that they’re sad or mad. Children just can’t explain how they feel, so trying to do psychotherapy with them by having a conversation won’t get you very far.

When I meet with children for play therapy, I connect with them on their level, playing games with them and making drawings. I play with them using dolls, doll houses, ambulances, and police cars. But the play is entirely different then what a child may do on their own or with their parents.

Through a very strategic way of interacting with a child, asking specific questions, and elaborating on the play, I am able to support a child in playing out a very wide array of their emotional concerns.

What takes place in play therapy is often magical to watch. Children express their internal emotional world symbolically through the play, and they don’t even realize that their play serves as a window for me to gain access to their internal world.

As far as the child is concerned, we are just talking about the dolls and the toys, not them. The same thing happens with drawings. I go back-and-forth with a child, each of us adding and elaborating the drawings, and the child is able to tell the most elaborate and detailed stories.

Here again, the child usually has no idea that we’re talking about them; in their mind we’re just speaking about the drawing.

The fact that children are able to express their emotional world symbolically through play and drawings, without realizing that we are speaking about them, makes play therapy with children very different than psychotherapy with adults.

Let me give you an example.

A seven-year-old girl whose parents were going through a difficult divorce once drew a picture of a boat sinking in a tumultuous sea. A man on the boat was faced with an impossible dilemma. He knew that if he stayed on the boat that the boat would bring him down with it, but if he jumped into the sea he would be that much more helpless.

The man decided to abandon ship and to take his chances in the open ocean. Suddenly, a helicopter arrived and rescued him from the stormy waters. 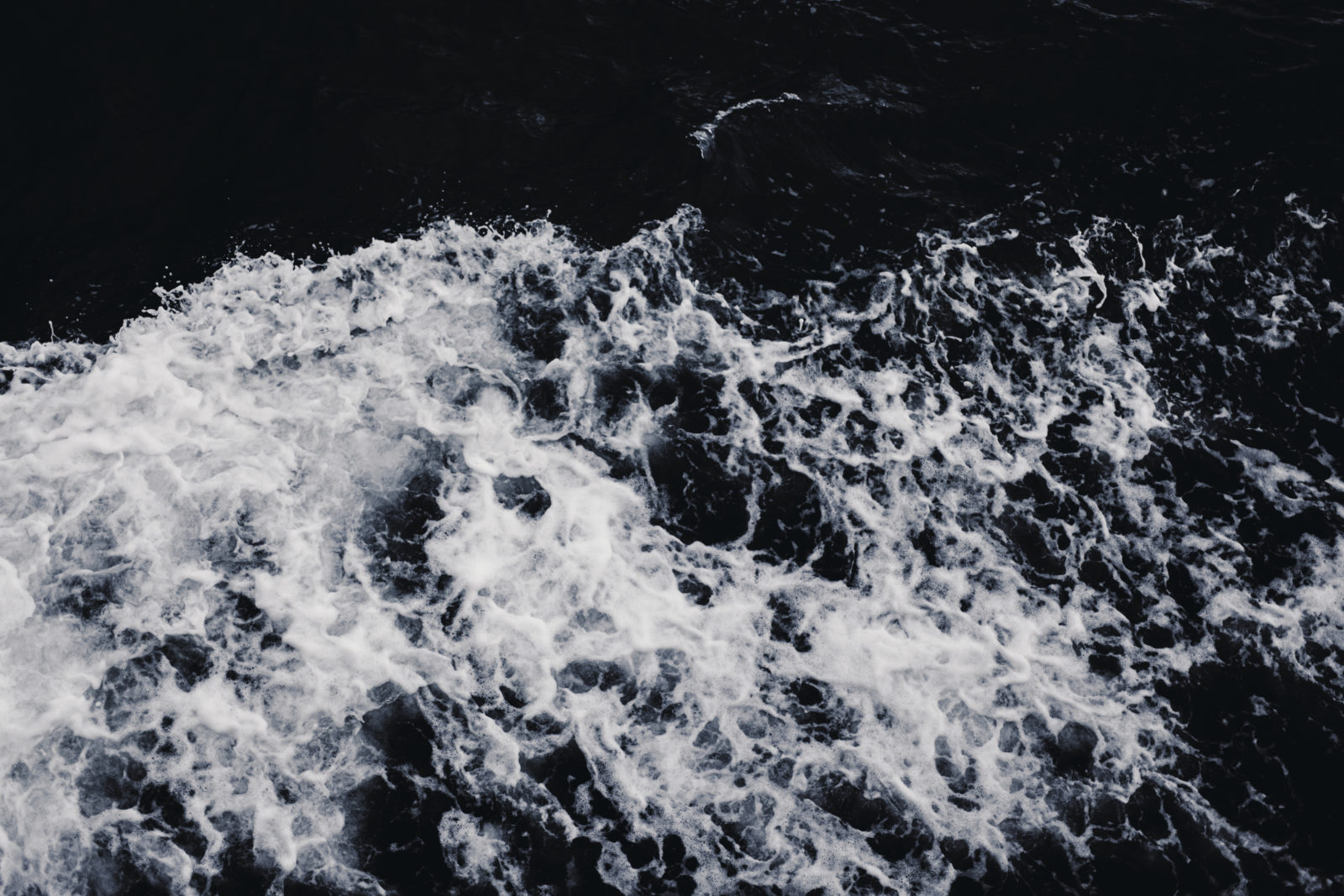 This little girl had no idea that she was expressing her deepest feelings about herself and her family. She just thought we were telling a story about a man on a boat.

But while discussing the picture and the story, I was able to discuss with her in symbolic form how she felt like that man in the boat. She saw her family like the sinking ship in the sea, and she feared that she would be sucked down with her family.

But her family was the only sense of security she had in the world. If she abandoned ship, so to speak, where could she turn? The story about the boat on the storm-tossed sea was really about her internal emotional world and how she saw herself trapped in an impossible dilemma of where to find security and a sense of peace. The rescuing helicopter represented her wish that somebody, perhaps me, could save her from this dilemma.

What’s amazing about play therapy is that this young girl’s emotional conflicts and issues were played out in real time with me. Just being able to express these deep feelings and to have a stable and attentive adult listen can be a profoundly impactful experience.

Being able to play out these emotional themes also provides a sense of order and symbolic form to feelings that otherwise might remain in their raw state. My interventions, in addition to supporting the process and helping the child elaborate, include comments that I make to help the child understand the underlying emotional conflicts and to consider possible solutions.

So long as the feelings remain unconscious and unprocessed, there is no way to avoid the automatic defense mechanisms or symptoms that result from the feelings. Once the feelings and conflicts are brought into symbolic form in play therapy, they can be addressed and modified in real time.

Going back to the example of that seven-year-old girl, through symbolic play and drawings that young girl gave expression to her feelings of fear, insecurity, sadness, and even anger at her parents. The ways in which she deals with these feelings and conflicts also came out in the play.

In play therapy, once I gain a detailed picture of the child’s mind and the emotional conflicts and social–emotional developmental issues that are taking place, I can then intervene to help remove roadblocks to development and to foster healthy developmental trends. 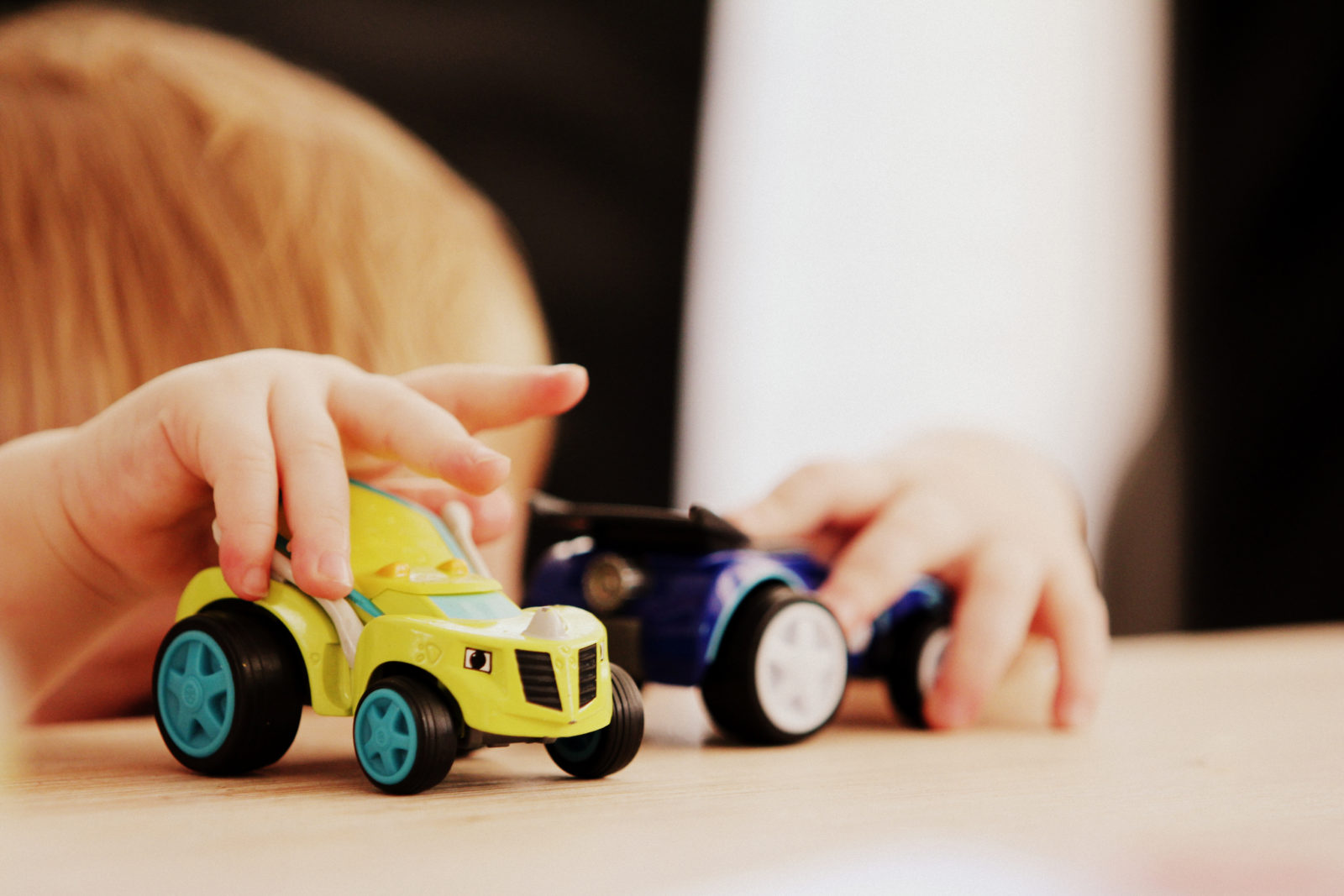 In my opinion, psychotherapy is even more necessary in children than in teenagers and adults because the behavior and symptoms of children are incredibly hard to understand.

As I said before, children are notoriously terrible at explaining their feelings or why they do what they do. That is part of what can be so maddening about behavioral issues in children. The behavior usually makes no sense.

Teenagers and adults may be able to explain to the doctor how they’re feeling and why, but younger children cannot.

In my experience in working with children I have routinely seen that when I combine psychotherapy with medication I am able to get a much more complete picture of a child’s emotional struggles.

In addition, I find that frequent sessions with parents are also necessary to really understand what is happening with a child. If I am meeting with the child once a week for psychotherapy, I usually meet with their parents once a month as well.

Having this thorough and deep-going view of a child allows me to really understand what is going on and what I am treating. In addition to being a treatment, I see psychotherapy as an ongoing diagnostic tool that allows me to form a much clearer picture of a child.

When I do decide to prescribe medication, I think that this deeper appreciation of what is going on with the child allows me to be more accurate in my prescribing and also to avoid over-prescribing.

Many parents may be concerned with the intense investment in time, energy, and money that psychotherapy requires. It’s often much easier to see a psychiatrist for short visits every month or two for a medication.

And if that type of treatment works, then that may be sufficient. However, all too often a shortcut in psychiatric treatment is actually a “long-cut,” where you just kick the can down the road until bigger problems arise years later.

I view early and intensive intervention in childhood as an investment. It is a pretty serious investment in time, energy, and money. Psychotherapy is not always fun. In fact, it is designed to confront us with thoughts and feelings that are uncomfortable and that have been kept out of awareness. It’s also obviously more expensive to see a psychiatrist every week than to only go once every month or two.

But just like any investment, the upfront cost pays dividends in the future. Any savvy investor knows that it is worthwhile to forgo spending money in the present in order to get much more money in the future from compound interest and dividends. 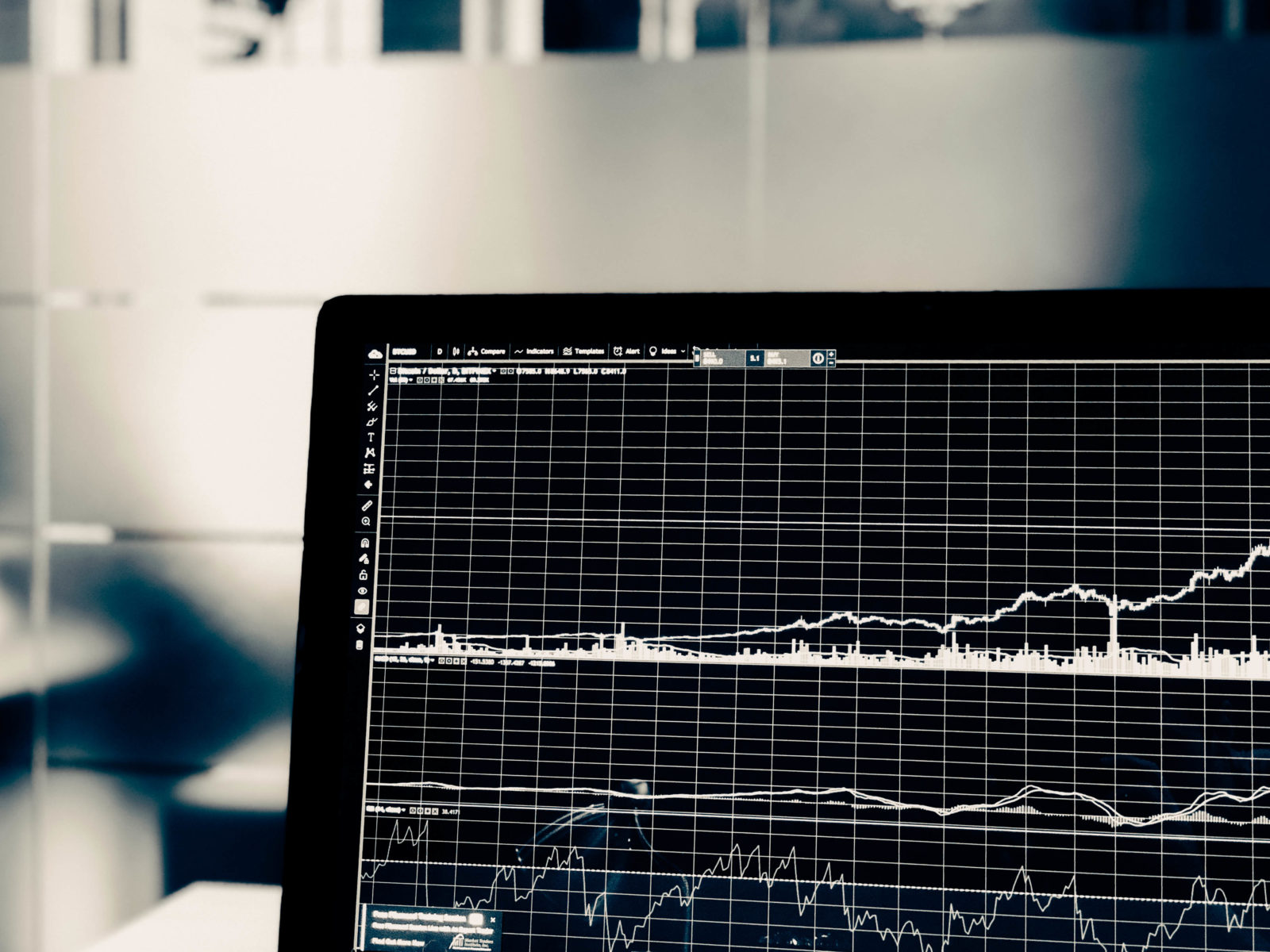 The way I view child development is that when significant distortions, blockages, or derailments in social-emotional development are present, a child may be destined for some pretty serious issues down the line.

Putting in the effort at an early age and getting a child back on track developmentally can often prevent problems that are hundreds or even thousands of times worse than what is happening in childhood itself.

When such developmental issues are present, making the upfront investment to correct them can often actually save a tremendous amount of heartache, lost time, and expensive treatment in the future.

Intensive psychotherapy is definitely a harder approach in many ways, but at the same time in the long-term it is often much easier to put in a few months or a year or two of hard work to ensure a child’s healthy future.

I hope you found this article helpful. If you did, please share it using one of the available links.