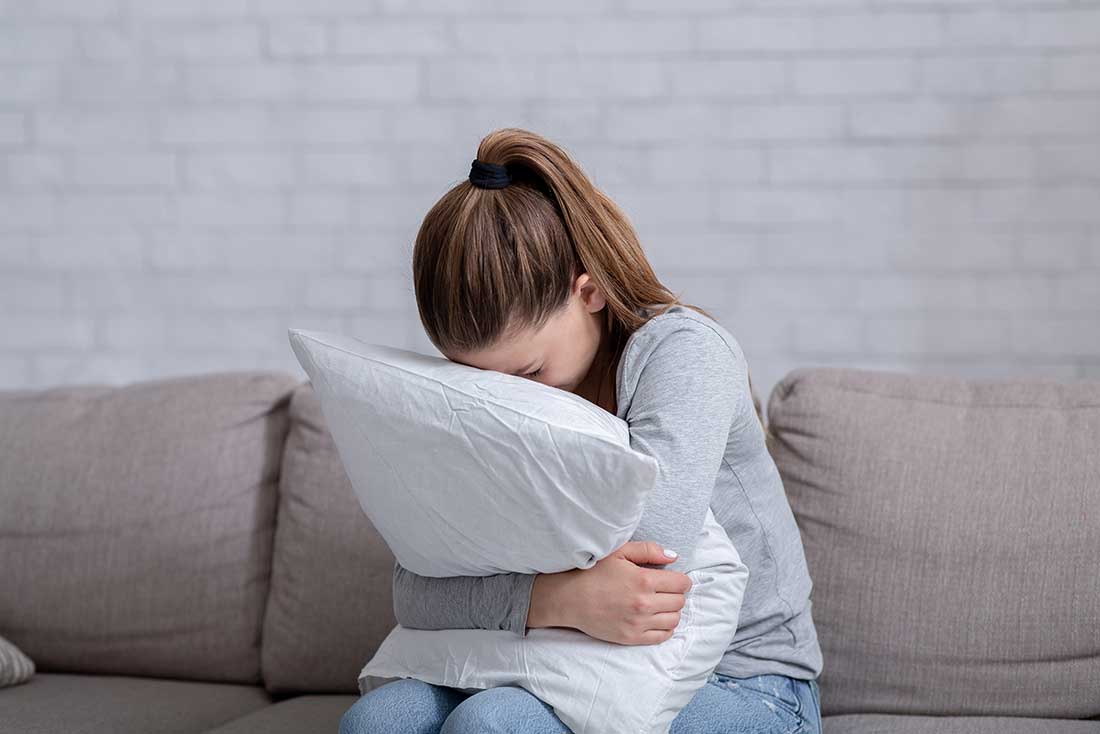 Dealing with Depression and Mood Disorders

Depression and mood disorders are more common than you might think. According to the Centers for Disease Control and Prevention, depression affects over 21 million adults in any given year, is the leading cause of disability for people ages 15-44, and the primary reason why well over 40,000 Americans die from suicide each year. According to Johns Hopkins University, an estimated 26% or 1 in 4 Americans ages 18 and older suffers from a diagnosable mental disorder.

Depression is a common mood disorder that causes persistent feelings of sadness and loss of interest in favorite or necessary activities. It is also called major depressive disorder or clinical depression and it affects how you feel, think, and behave. You may have difficulty performing normal daily activities, and you may even feel as if life isn’t worth living.

Depression is much more than merely feeling the blues. It is not a personal weakness and you can’t simply “snap out” of it. Depression may require long-term treatment. Most people who suffer from depression feel better with medication, psychotherapy, or a combination of both.

What are the symptoms of depression?

People with depression typically have multiple episodes. During these episodes, symptoms may last most of the day, occur nearly every day and may include:

Symptoms are often severe enough to cause noticeable difficulties with common daily activities including work, school, social interactions, and relationships with others. Some people may feel generally miserable or unhappy without really knowing why. For a person to be diagnosed with clinical depression, symptoms must last for at least two weeks.

Common symptoms of depression in children and teenagers are like those of adults, but with some differences. In younger children, for example, symptoms may include sadness, irritability, clinginess, worry, aches, and pains, refusing to go to school, or being underweight. In teens, symptoms may include feeling worthless, anger, poor performance or poor attendance at school, feeling misunderstood and extremely sensitive, using recreational drugs or alcohol, eating or sleeping too much and self-harm.

The exact causes of depression are unknown. However, there are a variety of factors involved, such as:

Biological differences. People with depression appear to have physical changes in their brains. The significance of these changes is still uncertain but may eventually help researchers pinpoint the causes.

Brain chemistry. Neurotransmitters are naturally occurring brain chemicals that likely play a role in depression. Recent research indicates that changes in the function and effect of these neurotransmitters may play a significant role in treatment, as well.

Hormonal changes. Changes in the body’s hormonal balance may cause or trigger depression. Hormonal changes can result from pregnancy and after delivery or from thyroid problems, menopause, and several other conditions.

Inherited traits. Depression is more common in people whose blood relatives also have the condition. Researchers are looking for genes that may be involved in causing depression.

Psychotic depression is a type of severe depression combined with psychotic episodes, such as hallucinations or delusions. The episodes may be upsetting or disturbing and often have a theme. Depression can also be related to a medical condition, medication, or substance abuse.

What is a mood disorder?

A mood disorder is a mental health problem that affects a person’s emotional state. The person may experience long periods of extreme happiness, extreme sadness, or both. While it is normal for someone’s mood to change in certain situations, you must experience symptoms for several weeks or longer to be diagnosed with a mood disorder.

Depression and bipolar disorder are the two most common mood disorders. Bipolar disorder, also known as manic-depressive disorder, is defined by swings in mood from depression to mania. When a bipolar person experiences a low mood, symptoms may resemble clinical depression. Depressive episodes often alternate with manic episodes during which a person may feel elated or irritable or have sudden increased levels of activity.

Seasonal affective disorder (SAD) is a type of depression that occurs during certain seasons of the year. It typically starts in late autumn or early winter and lasts until spring or summer. Symptoms may resemble those of major depression and tend to wane or disappear entirely during spring and summer months.

Premenstrual dysphoric disorder is a type of mood disorder that occurs seven to 10 days before menstruation and stops within a few days after the start of menstruation. Researchers believe this disorder is caused by hormonal changes related to the menstrual cycle. Symptoms may include anger, irritability, tension, decreased interest in normal daily activities, and sleep problems.

Intermittent explosive disorder is a lesser-known mood disorder marked by episodes of unwarranted anger. It’s the same as flying into a rage for no apparent reason since the behavioral outbursts are typically way out of proportion to the situation.

All kinds of genetic, biological, environmental, and other factors have been associated with mood disorders. While the exact causes are unknown, there are several risk factors:

What are the symptoms of common mood disorders?

Symptoms typically depend on the type of mood disorder. Symptoms of bipolar disorder may include depression and mania. Symptoms of hypomanic or manic episodes include:

People with mood disorders find that their general emotional state is distorted or inconsistent with their circumstances and interferes with their ability to function normally. They may feel extremely sad, empty, or irritable, or you may have periods of alternating sadness and extreme happiness, or mania. Mood disorders may increase your risk of suicide. Some examples of other mood disorders include:

Persistent depressive disorder (dysthymia) is a long-term form of depression.

Disruptive mood dysregulation disorder is a disorder of chronic, severe, and persistent irritability in children that includes frequent temper outbursts that are inconsistent with the child’s developmental age.

How are mood disorders treated?

For most people, mood disorders can be successfully treated with medication and talk therapy, also known as psychotherapy.

Psychotherapy has proven to be a helpful treatment approach and is often used together with medication or brain stimulation therapy. While minor forms of depression can be treated with psychotherapy alone, brain stimulation therapies may be tried when other treatment options have been unsuccessful for people with severe symptoms, or those who cannot tolerate the side effects of drug therapy.

Remember that every type of therapy has a potential treatment role, and each patient with a mood disorder is unique and may respond differently to each type of therapy.

If you have questions regarding the ways that you can help yourself or a loved one with depression or a mood disorder, please contact the Center for Developmental Psychiatry in Teaneck, NJ. Call 201-304-7552 for more information.